Art history books are replete with images depicting the male and female nudes, principal subjects for artists dating to prehistoric times.  In eras since, paintings and statues have celebrated the complexity and wonder of the nude body in myriad poses.  From the classical athleticism of ancient Greek sportsmen captured in bronze around 450 BC, to the voluptuous portrayal of Venus by Boticelli during the Italian Renaissance, the nude has inspired artists worldwide to create compelling works of art that form a distinct and memorable part of our art consciousness.  To appreciate the level of comfort and familiarity the public has for disrobed figures, consider the astounding recognizability of Michaelangelo’s iconic David statue, which has been admired by art lovers for centuries.

Art scholar Jean Sorabella summarizes, “Figures with no clothes are peculiarly common in the art of the Western world. This situation might seem perfectly natural when one considers how frequent the state of undress is in everyday human life, from birth to the bath to the boudoir."

However, despite the ubiquity of the nude in art history, the subject is not without controversy.  The call for censorship of art exhibitions featuring nudes still occurs frequently, even in parts of the world considered to be culturally progressive.  Cultural historian John Semonche decries Americas' "long history of discomfort with nudity and sex and its portrayal on both canvas and in three dimensional forms".  Further, nude depictions of women may be criticized as inherently voyeuristic, as pointed out by the feminist artists group Guerrilla Girls, who note the prevalence of nude women on the walls of museums but the scarcity of female artists.

In the Bahamas, we believe there is an appreciation for nudes that highlight the unique beauty of the human form, completely at ease in a state of undress, as depicted in the “Disrobed” exhibition. 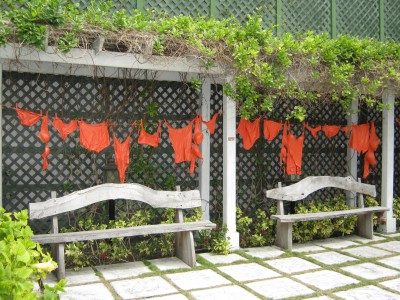 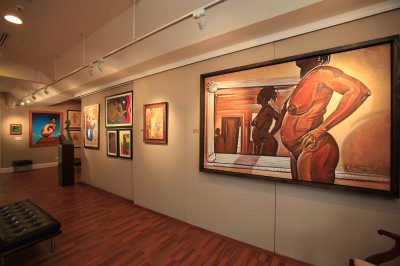 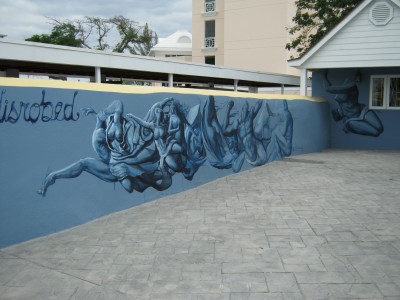