Richard Brent Malone (born 1941, died 2004, Nassau, The Bahamas) was one of the central figures of the Bahamian art movement and has been called "the father of Bahamian Art." Malone is acknowledged as a master of technique in all disciplines, and is especially well known for his photorealism and surrealism.

Born in Nassau, Malone studied at Don Russell’s Academy of Fine Arts. He was the first Bahamian to get an ‘A’ Level in Art and the first to go on to art school, travelling to England for further studies at Beckenham School of Art and Ravensbourne College.  He returned to Nassau in 1964 to direct The Bahamian Pottery, an offshoot of the renowned Chelsea Pottery.  Although short-lived, the business experience Malone gained there helped to launch him as a gallery owner.

His galleries, such as the Loft Gallery, Matinee Gallery, Temple Gallery and Marlborough Antiques, were important exhibition spaces for rising young Bahamian artists.  When he founded the Temple Gallery in a colonial mansion, it immediately became a cultural meeting zone and an important base for a core group of artists.

He produced a series of works based on Junkanoo and always considered it an art form in its own right, depicting the festivities in many of his paintings.  His work cultivated a better understanding of the artistic skill showcased in Junkanoo and other artists followed his lead.  In 1991, with Antonius Roberts, Max Taylor, Stan Burnside, Jackson Burnside and John Beadle, he founded the group B.-C.A.U.S.E (Bahamian Creative Artists United for Serious Expression), dedicated to the promotion of Bahamian art.

Malone took part in many group exhibitions and numerous solo exhibitions during his lifetime. His work is found in many important international collections such as The Museum of the Americas in Washington D.C. and was presented by The Bahamas Government to the leaders of Canada, Mexico, Republic of China, St. Kitts and South Africa. 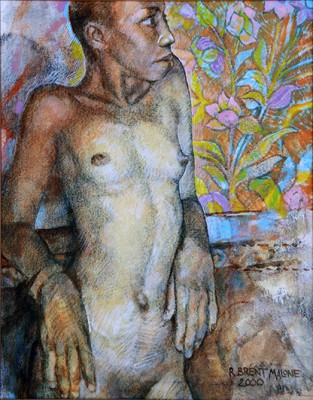