Dede Brown (born 1984, Freeport, The Bahamas) is a Bahamian painter, sculptor and photographer whose work examines emotionally charged narratives and symbolism. Brown finds insipiration graphic design, film & music, fashion, pop and drag culture, editorial and portrait photography, as well as the surrounding, seaside environment of her home in Eleuthera. This amalgamation of elements guides her to produce works that are visually bold, detailed and stylized.

Brown developed a keen interest in art during her high school years in Nassau, leading her to study interior design at the Savannah College of Art and Design in 2002. After discovering photography, she pursued a minor in the field to accompany her 2006 BFA in Interior Design. Despite her love for the craft, Brown nonetheless felt more confident in her design abilities, moving home to The Bahamas in 2007 to work fulltime as an interior designer at a local architecture and design firm.

While working with the company, Brown continued to develop her artistic practice at a jointly shared studio space with Dylan Rapillard in Popopstudios International Center for the Visual Arts. In 2008, she took home the first prize in the Central Bank of The Bahamas Annual Art Competition and followed the victory with her first major exhibition of paintings in 2009 at the Central Bank of The Bahamas Gallery with Rapillard. Simultaneously, Brown continued to develop her skill as a photographer.

Her personal passion for painting and photography soon grew into a dream career and in 2010—burgeoned by a grant by the Nassau Airport Development Company for a major art installation at the newly renovated Lynden Pindling International Airport—she quit her nine-to-five to pursue art, design and photography full time.

In 2011 Brown embarked on a three-month residency at the Colchester and Ipswich Museums in Ipswich, England as part of 'Stories of the World', a London 2012 Culture Olympiad Program presenting museum exhibitions that spotlight young artists and cross-cultural exchanges. During her time at the Ipswich School of Art, she explored painting and sculpture through hybrid costume construction, navigating what identity means within the context of a nation.

In 2012, her photograph Absolut Party won the Absolut Art Ambition competition held at the D’Aguilar Art Foundation. In 2013 the artist completed an ambitious art installation of 75 life-size flamingoes taking off for flight in the newly renovated international airport in Nassau. 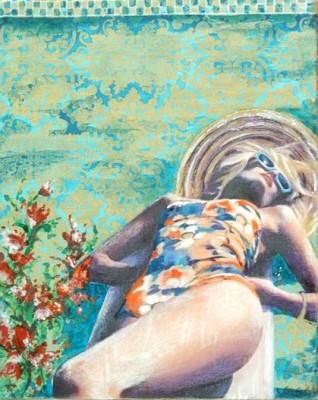 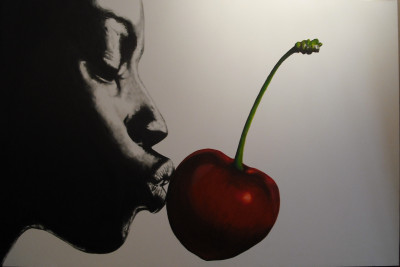