The D’Aguilar Art Foundation is delighted to announce the fourth collaborative exhibition for Jammin, by renowned artists John Beadle, Stan Burnside and Antonius Roberts. Jammin IV features a series of paintings made by the collaborators throughout 2015, a continued effort that began in 1985, when Jackson Burnside and Stan Burnside worked together to create a sculptural painting titled, Faces.  Stan describes the piece as a continuation of their work with Junkanoo,  "it was our attempt to take the process, the Junkanoo collaborative process, into the painting studio."

The collaborative name, Jammin, refers to the process of as many as six junkanooers working on a single costume simultaneously or in succession. In the same vein, the collaboration has assumed several assemblages of artists; in 1991, after working in the Junkanoo shacks together for a season, Burnside, Burnside and Beadle took their feverish energy into a new body of work. The trio made a series of paintings titled Jammin I. In 1993, Brent Malone and Antonius Roberts joined the group to create Jammin II, and in 1996, Burnside-Beadle-Burnside exhibited a body of work in Atlanta, Georgia for the Olympic Games, and at the Sao Paulo Biennial in Sao Paulo, Brazil, titled Jammin III.

The partnership developed a painting language that allowed the participating artists to respond and improvise on the material- akin to Jazz music- resulting in polyrhythmic, high-energy compositions. The result is a dense, abstract expressionism, with a deliberately shallow depth of field that does not allude to real space or place, but instead creates a new reality, contained by one frame and continued within another.

In a collaboration spanning over 30 years, the artist's individual successes are essential to the development of these wildly dynamic paintings. They are cohesive because of repetition, not because of passive mark-making; the marks are loud and combative at times, disjointed at others. The viewer is invited to drift between the paintings where figures, gesture and technique are revisited and redeployed, culminating in an immersive experience. 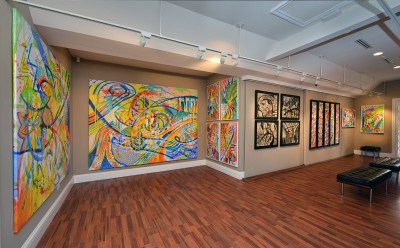 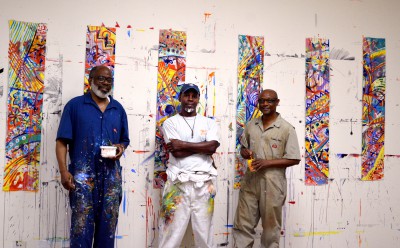 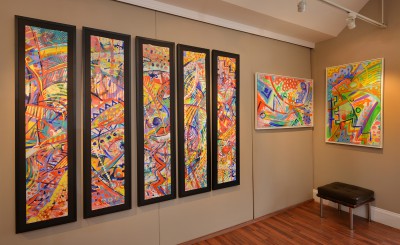 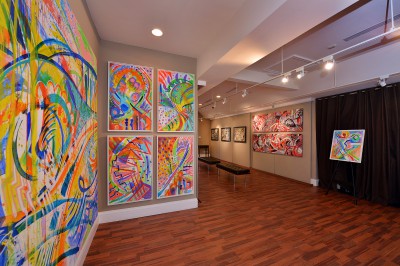