The D'Aguilar Art Foundation is delighted to announce a solo exhibition by Dave Smith entitled 'Headlines'.

The exhibition features a new body of paintings in which Dave Smith continues his exploration of perspective and power. These paintings are an intriguing combination of old and new media and subject matter. Smith draws parallels between advertising, cultural iconography and headline-imagery, awakening us to the complexity of consumerism.   Disrupting our inertia to the bombardment of shocking and enticing imagery in our day-to-day lives, Smith assembles images by formal considerations and not subject matter. At times pairing images of crime scenes with aspirational products, Smith dislocates and subverts the agency and sensation of objects and images; advertising memorabilia becomes anthropomorphic and corpse-like, and corpses resemble souvenirs.   Though these paintings explore the accelerated speed of our multi-screen, headline-obsessed society, they unfold as they were made, in a slow and considered manner, calling us to spend time re-examining that which appears familiar.

Smith was born in Derbyshire, England and studied painting at Derby College of Art and Hornsey College of Art. After several years of part-time teaching in art schools, he collaborated with 3 other artists in 1969 to form the London-based Electric Colour Company, an artist collective engaged in the design and production of shop interiors, signage, fashion accessories and custom car finishes, primarily for the thriving London fashion scene of the late 1960’s, with the iconic, Pop-infused Mr.Freedom store at 430 Kings Rd. Chelsea being their debut assignment. He left England in 1973 for The Bahamas, where he taught art and began a prolific period of painting with photo-realist and neo-pop overtones, which he showed in a series of 8 solo exhibitions and numerous group shows in Nassau & Miami, FL.   Smith left The Bahamas in 1990 and moved to Los Angeles, supporting himself initially by painting billboards, and subsequently working in TV and motion picture studios as a union scenic artist, including 17 years at NBC studios painting numerous backdrops for the Tonight Show. He held his last solo art exhibition in The Bahamas at The Central Bank of The Bahamas in 2011. Recent exhibitions include Nassau Calling: Art in The Bahamas at Galerie Ernst Hilger in Vienna Austria (2015) and London Transplants at Wallspace Gallery, West Hollywood California (2015). 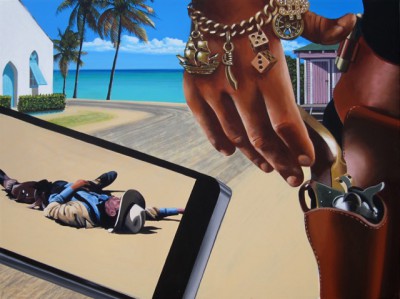 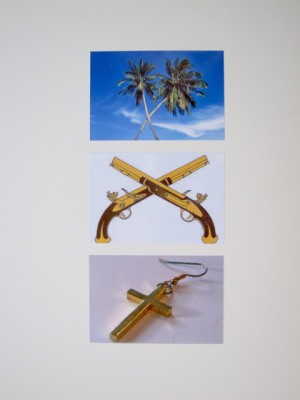 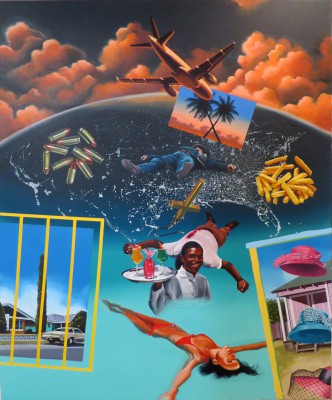