Arjuna Watson (born 1972, Trinidad) made his first artworks as a rebellious 13-year-old who spray painted walls and trains in Melbourne, Australia, where he grew up. He joined the local graffiti crew, Crims Insane, and they went on a campaign to get as much of their art into the public arena as possible. After he was arrested, he moved into the mainstream and took life-drawing classes from Australian artist Craig Foster.

With the benefit of his drawing classes, Watson started to successfully combine the bold style of street art with realistic techniques.

In 1997, he visited Trinidad and secured a job aboard a sailboat, eventually sailing into Nassau Harbor in 1998. After meeting with local artists, he stayed in The Bahamas and began painting again.

His first show, entitled Decypul, opened in Nassau in 2006. The exhibition featured a collection of monochrome stenciled urban images, ushering him onto the Bahamian art scene. Since then, his style has gravitated towards the human form, and more recently, intricately detailed portraits using a bold, strong color palette.

Watson’s work has been exhibited in Nassau and the United States. He has held annual solo shows, group exhibitions and his work is in private collections. He still enjoys painting on a large scale and occasionally throws up images on buildings, but now by invitation only. In 2010 , he was one of several artists invited to paint large murals in downtown Nassau as part of the hugely popular “Love My Bahamas” initiative to bring art into the urban landscape. 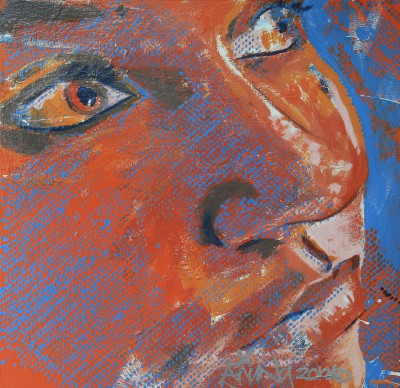