Angelika Wallace-Whitfield (born 1993, Nassau, The Bahamas) remembers loving art as a hobby from the age of four, but after completing her high school studies with exceptional results, she was accepted to the medical program at the University of the West Indies. Defying expectations, she realized that her passion was art, and she decided to forgo her acceptance to medical school and instead focus full-time on art.

Her arresting paintings are inspired by human interaction, often drawing parallels between human nature, interaction and instinct, and that of other animals. Wallace-Whitfield’s 2012 Animalistic series at Doongalik Studios, which featured large animal heads atop delicate, feminine bodies, sought to capture the animal-like instincts in women.

The artist’s work has been exhibited in Transforming Spaces and in several local galleries. Her work is prominently featured at the Nassau International Airport, and is in the collections of the country’s major art collectiors. She has worked as a curator at the D’Aguilar Art Foundation and curatorial assistant at the National Art Gallery of The Bahamas (NAGB). Wallace-Whitfield also attended College of The Bahamas before moving to University of Kent in England in 2014, to study for a degree in the History and Philosophy of Art and Culture. Angelika now holds her masters degree in History & Philosophy of Art and is a full-time artist, specializing in murals and other public artworks. 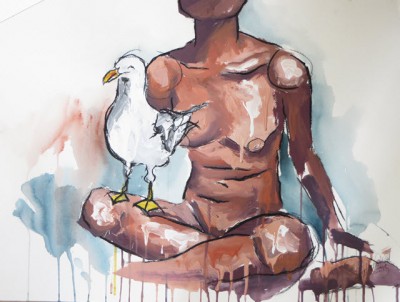 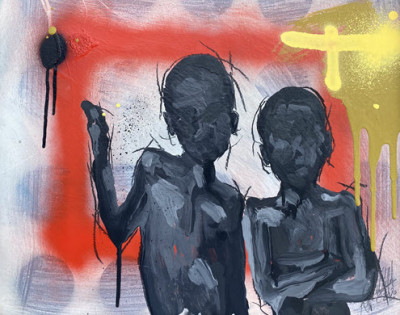 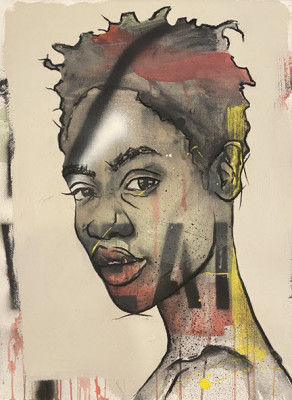