Dorman Stubbs (born 1961, Nassau, Bahamas) began drawing at an early age, inspired by the scenes of downtown markets where his parents worked as fruit vendors.  He has since become one of the Bahamas's best known oil painters.  Drawn to a bright colour palette, Stubb's lush paintings of the Bahamian landscape and seascape are as much an illustration as an exploration of brush strokes and light.

Stubbs attended C.C. Sweeting High School, where he was tutored by artist Homer Williams.  In 1980, he participated in the FINCO Summer Art Workshop and returned some years later as a teacher in 1985, 1986 and 1996. In 1980, Stubbs held his first two-man exhibition and used the proceeds to finance his art education.

He went to the Pennsylvania Academy of Fine Art in 1981, receiving a BFA and earning the John R. Conner’s award in graphics.  From 1984, Stubbs began his professional career as a painter, specializing in impressionistic seascapes, landscapes, florals, still-life and portraits.

Stubbs has staged many solo exhibitions including Timbered Treasures and Out of the Shadows. In 1993, he initiated the first Bahamian Cuban art exhibition as a two-man show at Bacardi.  Stubbs established Spectrum Fine Art Gallery in 1989, and currently works from his Cable Beach studio. His work can be found in many private and corporate collections in the Bahamas and internationally. 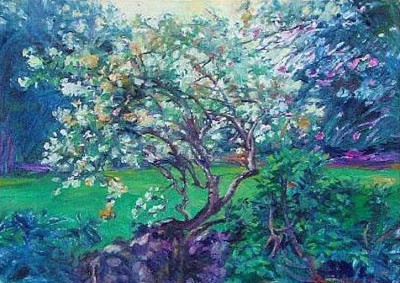