Jolyon Smith (born 1964, Nassau, Bahamas) showed promise as an artist at an early age. In primary and high school he won numerous national and international art competitions, receiving travel awards, medals, trophies and scholarships. In 1979, as a high school student, Smith placed sixth in the Youth in the Electronic Age Art Exhibition in Geneva, Switzerland and in 1982 he won gold, silver and bronze medals in the 11th International Children’s Art Exhibition held in Tokyo, Japan.

Smith graduated from A.F. Adderley High School in 1982 and attended the College of The Bahamas, where he studied under noted artists and educators Stan Burnside and Denis Knight, acquiring a Certificate in Art and an Associates of Art Degree in Painting. He went on to study at the Rhode Island School of Design, obtaining a Bachelor’s of Fine Art in Painting.

A mixed media artist, Smith has been awarded commissions for mural and sculptural installation projects for the Orlando Airport, the Kafe Kalik Restaurant franchise in Nassau and Orlando, and in the 2012 expansion of the Lynden Pindling International Airport in Nassau, Bahamas.

Smith and his wife Dionne Benjamin-Smith, also an artist, run a graphic design business, Smith & Benjamin Art & Design, and both commit a great deal of their time and resources to promote awareness of cultural events in The Bahamas. 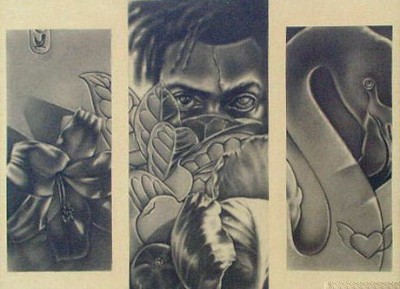