Roland Rose (1937-2021) (born Italy) has been called The Bahamas’ ‘Dean of Photography.’ He was 13 when he traded his harmonica for his first camera, and not long after that purchased his first Kodak Retinette, when Kodachrome film had just been introduced.

He moved to The Bahamas in 1946 with his English parents. His father was the gardens and property manager of one of the original residents of Hog Island, now Paradise Island.

In 1951 he joined the Bahamas Development Board (BDB) as a professional photographer. The BDB later became the Bahamas Ministry of Tourism and Rose’s photographs of people and scenes of The Bahamas were instrumental in attracting many visitors to the islands. He worked at the BDB for 32 years, recording during his time there, the country’s march through Independence, natural disasters and hurricanes, celebrities and secrets.

Each of Rose’s photographs, whether in color or black and white, tells a story, exposes a slice of life and the brilliant beauty of these islands.

After chronicling the country’s history for decades, Rose started holding solo photography exhibitions in 1996. His first exhibition was at the Marlborough Gallery in Nassau, followed by consecutive exhibitions at the Central Bank of The Bahamas Art Gallery, from 1996-2002. He received a Cacique Award in 1996 for his impact on tourism in the Bahamas. In 2014, he hosted an important retrospective of his photographs of children throughout the Bahamas at The Central Bank. 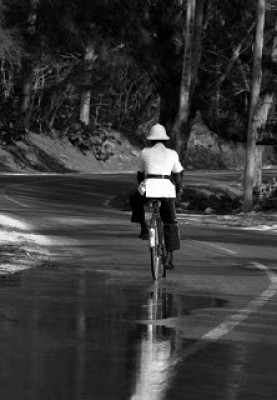