A Bahamian artist who lives and works in Atlanta, Georgia, Lillian Blades (born 1973, Nassau, The Bahamas) strives through her personal art practice and public art projects to create and strengthen connections. Her assemblages bring painted canvas, fabric and found objects together, finding a post-postmodernist space between abstraction and representation. By using unquestionably feminine patterns and craft material in decentralized and formal compositions, Blades finds her own way through a familiar language of cubism and the readymade.

Blades's understanding and love of craft developed as a very young child, when she assisted her aunt to make handmade tourist trinkets out of salvaged local material, which they sold outside of the Dolphin Hotel in downtown Nassau. With guidance from mentors Antonius Roberts and Brent Malone, Blades earned her Associates of Art degree at the College of The Bahamas in 1991, before winning the Central Bank Art Competition in 1992 in the open category. With the first place cash prize, she set off for the Savannah College of Art and Design to earn her BFA in Textiles, but once she began painting in oils, she switched her major to painting. In order to fund her studies, Blades worked with Roberts and Malone to hold annual auctions of her work, allowing her to successfully graduate in 1996 with her diploma.

Immediately thereafter, Blades set about earning her MFA in Painting from Georgia State University, initiating what would become a meaningful relationship with the vibrant art community in downtown Atlanta. During this time, Blades started to take a sculptural approach to her painting practice, removing her painted canvases from their frames and sewing them together like quilts to engage in a feminist, ancestral and ephemeral narrative, seen in such pieces as the Sankofa Dress and Sankofa Quilt.

In the summer of 1999, Blades had the opportunity to attend the Skowhegan School of Painting and Sculpture in Maine for an intensive nine-week residency program for visual artists. While she continued to explore her new approach to painting, she used the extensive library resources to learn more about contemporary artists and their divergent practices. Such an opportunity not only motivated her to streamline her own art practice, but also opened her eyes to the interconnectivity of creativity and the importance of context and community to the artist.Blades returned to Atlanta to complete her thesis for her graduate degree in 2000, creating A Return to the Womb, an installation piece born out of her assemblage practice that paid tribute to a collective ancestral experience. Since then, the artist has continued to live and work in Atlanta. She’s held four exhibitions at the Sandler Hudson Gallery, which represents her work, as well as participated in several public art projects such as the Elevate/Art Above Ground Project in 2013, allowing her to develop such a strong presence in the city that they consider her one of their top artists.

Such commissioned community public art projects are in themselves important parts of Blade’s art practice, supplementing and developing the underlying themes of interconnectivity and bonding in her work. Whether in the Jean Childs Young Life Quilt Assemblage at the Young Middle School in Atlanta (2010), the Quilted Community in the East Atlanta Library (2003-2005), or Quilted Passages in the Atlanta Hartfield-Jackson International Airport (2002), Lillian brings community together to explore their creativity and heritage.

Blades has also maintained a strong connection to her home, engaging in the Bahamian community through creative projects such as the AIDS Awareness Junkanoo Quilt (2006-2007) which brought together over 2000 children from various family islands in the face of an all-too-common reality in the Bahamas; the Love my Bahamas Downtown Mural Project (2009); and a collaborative school community assemblage with 300 Lyford Cay International School students (2013).

Blades has exhibited her work in several National Exhibitions at the National Art Gallery of The Bahamas, as well as held solo and group exhibitions in other gallery spaces in The Bahamas, the United States, Trinidad, Germany, and South Africa. Her work is in many public museum and gallery collections, as well as in private collections around the world. She has taught Foundation Art studies at the Savannah College of Art and Design Atlanta Campus and in 2007 completed a four-week printmaking residency (awarded through the Fulton County Arts Council) at the Caversham Center for Artists and Writers in South Africa. In 2018, Blades work was featured in The Mint Museum’s first large-scale exhibition to explore the dynamic medium of collage entitled "Under Construction: Collage from The Mint Museum". 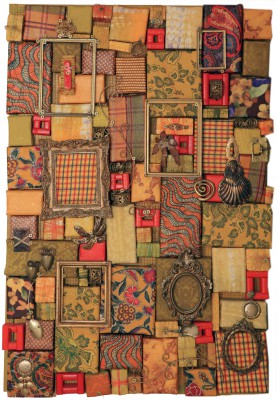 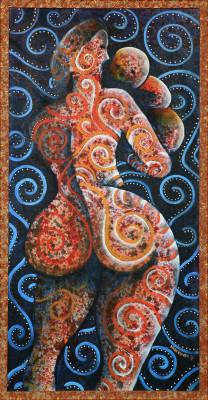 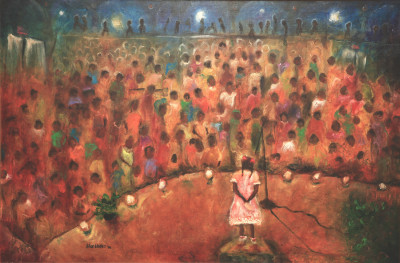