Paulette Mortimer (born 1975, Nassau, The Bahamas) is a professional photographer and multi-media artist. She received her Associates of Arts Degree in Languages and Communication from The College of The Bahamas (1996), and later her Bachelor of Arts Degree in French from Barry University (1998), followed by a Masters of Business Administration from Nova Southeastern University (2002).

Mortimer's love for Fine Art photography developed during her college years in Miami where she took classes in hand-colouring, hand-toning, pinhole, colour, and panoramic photography. Exposure to such a wide-range of processes laid the groundwork for Mortimer's experimental approach in her own work. Although she dabbling with creative projects, it wasn't until 2006 that Mortimer became a professional photographer. Drawing from the Bahamian landscape and seascape, Mortimer works with black and white film, colour photography and most famously, infrared film and filters. Alongside her photography practice, she works in many different media including jewelry making, clay modeling, image transfers and encaustic painting.

A prolific artist, Mortimer has had four solo shows between 2004-2008 and participated in thirteen group exhibitions since the beginning of her career including Infrared Inspiration at Doongalik Studios Art Gallery (2012) and Giving Thanks to Nature, at Doongalik Studios Art Gallery (2008). Mortimer placed 4th in the 18th and 19th Annual Spring Photography Contest by Photographer's Forum Magazine and Canon and was published in Profiles98 Magazine (2013), Yinna Volume 4 and Love and Responsibility (2012). 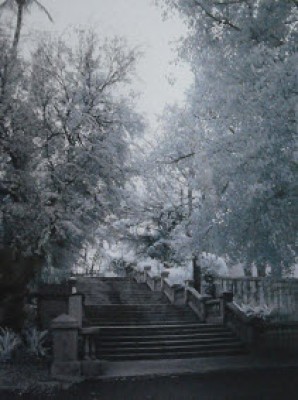