At age 17, he moved to New York City to study architecture,  but instead of pursuing his degree, he started a band called Tony McKay and the Islanders.  During his music career he played with greats such as Nina Simone, Peter Paul & Mary and Bob Dylan.  With several musician friends, he launched the group Exuma and composed Bahamian classics such as Exuma: The Obeah Man in 1970 and later Rude Boy in 1986.   During his musical career, he opened the show for Patty Labelle at Avery Fisher Hall in New York, played at the New Orleans Jazz Festival, and performed with the Neville Brothers at the Nancy Jazz Festival in France.

In the early 1990's, he played his well loved compositions to enthusiastic audiences throughout the Bahamas, always drawing large crowds of fans to every venue where he appeared.

A self-taught painter, McKay began painting in 1965 and devoted more time to develop his talent in the late 1980's.  His primitive and bold works illustrate Obeah, self-portraits, intimate still-lifes, religious themes and  other unconscious and unapologetic subject matter.

In 1978, McKay received a British Empire Medal Queen Elizabeth II for his contribution to Bahamian music and culture. 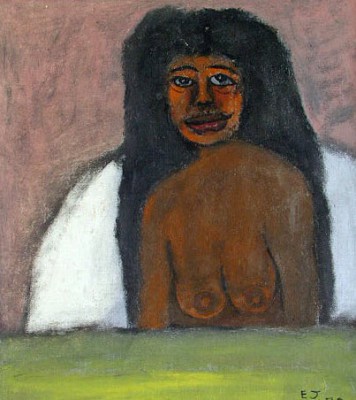