Dionne M.R.C. Benjamin-Smith (born 1970, Nassau, The Bahamas) has achieved commercial success as a professional graphic designer and critical regard as a printmaker for artwork that has been called “iconoclastic”. Her work often uses witty tongue-in-cheek overtones to deliver eye-opening messages about Bahamian society. Benjamin-Smith states: "I believe passionately in truth and what is right. My concerns and observations of the world around me are played out in my work and can be described as social commentary. I am driven to tell a story, to shine a light, to make things clear, even to uplift and encourage. I hope to make people see the naked emperor riding atop the pink elephant. And though I tend to take on weighty subjects sometimes, I try to deliver the message with a bit of wit and whimsy – in an effort to offer a spoonful of sugar to help the medicine go down. It is my wish to engage the audience to think, see and understand. And then, hopefully, to change the world around them for the better."

The last of 12 children born to a Bahamian father and an American mother, the artist comes from generations of graphic artists and printmakers on both her mother and father's sides of the family. She recognized in her last year of high school at Kingsway Academy that she had the ability to draw and quickly changed her aspirations from becoming a lawyer to pursue the fine arts.

During her college years, Benjamin-Smith won a number of academic and artistic awards and scholarships including the Lyford Cay Foundation Scholarship and a Rhode Island School of Design Scholarship. Dionne studied under respected artists Stanley Burnside and Denis Knight at The College of The Bahamas where she received an AA in Fine Art with distinction in 1986. In 1991, she went on to earn a BFA in Graphic Design from the Rhode Island School of Design where she graduated with honors.

The artist's work has been shown in numerous exhibitions in The Bahamas and around the world including Hard Mouth: From the Tongue of the Ocean (2019) at the National Art Gallery of The Bahamas, Emblematic (2013) at Doongalik Studios Art Gallery, Nassau; 40 Years of Bahamian Art (2013), SingleSex (2013), The Bahamian Landscape (2012), Bahamian Modernism (2011), Bahamian Art: Pre-Columbian to the Present (2007), the Inaugural and Third National Exhibitions (2002 and 2004) – all at The National Art Gallery of The Bahamas, Nassau; The ‘F’ Factor: Female Artists of The Bahamas (2011) at The D’Aguilar Art Foundation; 24x24 (2002) and Place Image Here (2011) – both at Popopstudios Centre for the Visual Arts in Nassau; UNTITLED (2010) at the Central Bank of The Bahamas Art Gallery, Nassau; Funky Nassau: Recovering an Identity (2006) at the Nassauischer Kunstverein in Wiesbaden, Germany; and the PanAmerican Health Organization’s AIDS Exhibition (1996) at the Victoria and Albert Museum in London.

The artist and her husband, artist Jolyon Smith, live in New Providence, The Bahamas, where they own and operate Smith & Benjamin Art & Design, a progressive art and graphic design firm located in Nassau which specializes in graphic design, custom illustration, fine art, art promotion, art brokerage and publishing. As a service of their company, they publish the weekly e-Newsletter "Bahamian Art & Culture" which highlights local and regional news and events in Bahamian art & culture. 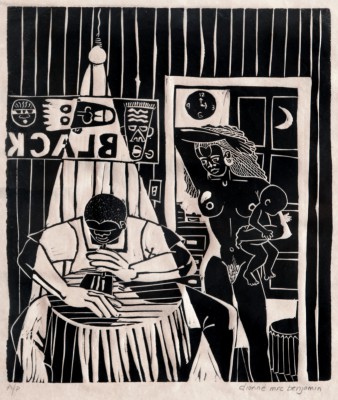 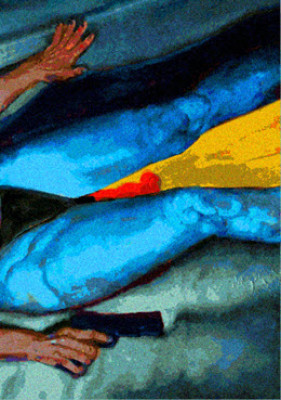