Jordanna Kelly (born 1992, Nassau, The Bahamas) received accolades for her artwork from a young age. As a teenager, she was the top student in the National BGCSE examinations in Arts and Crafts and she received a 1st place medal in the Central Bank of The Bahamas Annual Art Competition. Just a few months later, she was recognized as the winner of the E. Clement Bethel National Arts Festival.

Kelly was the first recipient of the Astarita Nassuvian Art Scholarship for the College or The Bahamas. In December 2013, she graduated with an Associates of Arts Degree, with the Top Distinction in Art, from the College of The Bahamas.

A multi-media artist, Kelly's work utilizes ephemeral floral and figurative patterns and imagery with unexpected and often industrial material; she uses electric colors, but applies them sparingly; the result is delicate and assertive compositions and assemblages.

Kelly has completed two Solo Shows, the first, 'Bugs, Blessings, and Barriers' was the result of her 2016 win at the Central Bank of the Bahamas, and her second show, OVERWHELMED, was completed in 2018 at the D'Aguilar Art Foundation.

Kelly also has exhibited her work in the National Art Gallery of The Bahamas, The Public Treasury, The Pro Gallery, and The Chan Pratt Foundation. In 2015, Kelly was commissioned to create two large-scale public sculptures for Baha Mar. 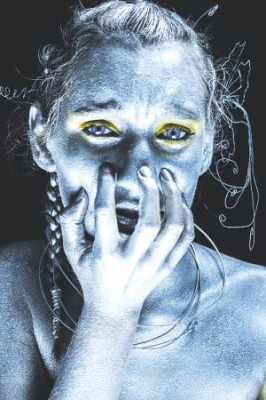