Born in the Bahamas, Joann Behagg is a renowned sculptor whose figurative works reflect  emotions and characteristics of ordinary people in her immediate surroundings. Just larger than figurines and just smaller than baby-dolls, Behagg's voluminous sculptures depict arrestingly honest portrayals of the female figure in daily routines such as arguing, breastfeeding or gossiping, resulting in an intimate portrait of female relationship and camaraderie.

In 1973, Behagg completed a Foundation Course in Surrey, England, where she was awarded Most Outstanding Student. She went on to complete a B.A. in Ceramics at the West Surrey College of Art & Design and received her Post Graduate Art Teacher’s Certificate from Goldsmith’s College of Art & Design, University of London in 1977, returning to Nassau to teach art in high schools and secondary schools for the next twelve years.

From 1989 to 2009, Behagg was an Assistant Professor at The College of The Bahamas. In 2001, she earned an MA in Ceramics from the University of Wales Institute, Cardiff, Wales. During this time, she volunteered as an art therapist for the disabled.

In 2009, Behagg created the Bahamas chapter of the Empty Bowls charity event, a worldwide initiative that fights food insecurity. With the help of a dedicated committee, she continues to spearhead this annual event on New Providence, creating beautiful bowls in which to serve soup in exchange for a donation to fight hunger with local non-profits.

Behagg’s work has been exhibited in numerous venues across the Bahamas and in Ottawa, Canada.  In 1981, she was selected to represent The Bahamas at Carifesta in Barbados. She received a Silver Award at the Bahamas 1st Invitational Independent Art Exhibition at the Central Bank of The Bahamas, Nassau, Bahamas.  The artist works and teaches out of her studio space, JB Pottery Studio. 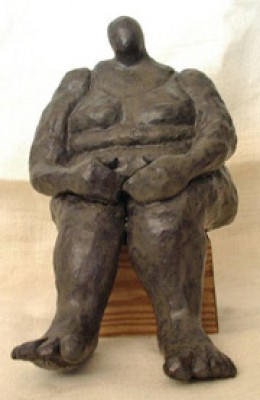