Bahamian artist Claudette Dean (1954) was born in Blind River, Ontario, Canada. She obtained a Bachelor of Arts degree in French Literature from the University of Windsor, Canada, and continued her studies at the University of Nice, France, where her innate passion for fine art was first awakened.

In the Bahamas, she studied with renowned artist and sculptor, Antonius Roberts, and in the U.S. at the Fine Art Work Center in Provincetown, Massachusetts, with Selina Trieff, one of the original New York based figurative expressionist painters of the early 1950s.

Dean's spiritually based work expresses universal themes such as love, light, and connection, and is often inspired by nature. Issues of womanhood and identity are also often at the forefront of her work.

Primarily a painter and mixed media artist, Claudette also includes the written and spoken word in her creative arsenal. Her publications include two books; 'Inner Sanctum', which features a collection of original art and poetry first displayed in her solo exhibition of the same name held at Popopstudios in 2010, and her first novel 'Smelling Roses A Tale of Connection and Transformation' published in 2018. In 2012, she wrote and performed 'Resurrection', a performance art video featured in NE6 Kingdom Come, at the National Art Gallery of the Bahamas.

Abroad her shows include a solo exhibition at the museum in Blind River, Ontario, Canada, on the occasion of the town's centennial celebrations; the first all Bahamian show to be held in South Florida, held under the patronage of then director of the Lowe Museum, Brian Dursam; an Exhibition of Bahamian Art at the Adam Clayton Powell Gallery in Harlem, New York, and Bahamart Sur Seine, at the French Arts Factory, Paris, France.

Major private and corporate art collections in which her work is found include the Dawn Davies Collection, the D'Aguilar Art Foundation collection and the National Collection of the Bahamas.

Claudette Dean has been honoured by Miami's Children Hospital for her work with children's issues through art and has a piece in their permanent art collection. In 2006, Dean received the award from the Commonwealth of the Bahamas, through the Women's Bureau on Grand Bahama Island, for excellence in the realm of Fine Art. 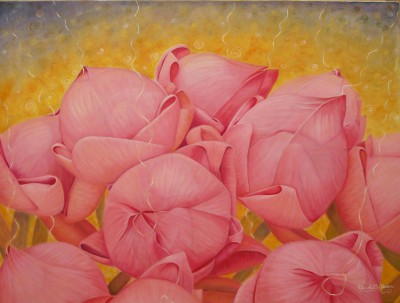