John Cox (born 1973, Nassau, The Bahamas) is a Bahamian artist whose mixed-media paintings and assemblages use familiar and ordinary objects to reference distant places and ideas. His mixed media paintings and assemblages often engage the life cycle of balance—struggle, transcendence, and acceptance—through simple structural material, ultimately making his artistic practice a spiritual ritual.

In addition to his art practice, John is a major personality in the Bahamian art scene, where his work as an educator, curator, cultural activist and founder of Popopstudios International Center for the Visual Arts, has helped grow and redefine artistic expression in The Bahamas.

Inspired somewhat by the ‘curious space’ of his childhood home built by Ray Nathaniels, Cox pursued his interest in space and function as an architecture student at the Rhode Island School of Design in the early 1990s. However, inspired by his teachers Al DeCredico and Jack Massey, as well as his RISD peers, Cox found his niche in illustration. After earning his BFA in Illustration in 1995, he also completed a Master’s in Art Education in 1996.

Returning home to Nassau, Cox took up a teaching position at the College of The Bahamas in 1997, a position which he has held—despite a brief hiatus between 2003-2007 while working as the Education Officer at the National Art Gallery of The Bahamas—until the present day. Through the years, he has helping to redefine the curriculum, making him an important figure in the lives of many up-and-coming Bahamian artists.

In 1999, Cox founded Popopstudios International Center for the Visual Arts, a dynamic, evolving hub for the Bahamian community with artist studio spaces, a gallery, international, local and student residencies, and education and programming.

In 2012, he became the Chief Curator at the National Art Gallery of The Bahamas, where he developed Bahamian art on a global platform through such exhibitions as the 6th National Exhibition, Kingdom Come in 2012 and Single Sex and The John Beadle Project in 2013.

In late 2013, Cox became the Creative Art Director for the luxury resort Baha Mar, the first time a position of this kind had been incorporated in a major economic investment in The Bahamas. In this role, he leads a team of artists to ensure that Bahamian artwork takes center stage in the $3.5 billion tourist development.

Cox’s large format paintings, found object assemblages, collages and experimental prints were featured in the groundbreaking 2008 Artists of The Bahamas documentary and global traveling exhibition, formally cementing him as an important practicing artist in Bahamian art history.Besides exhibiting his work at home in such exhibitions as Kimono (Central Bank of The Bahamas, 1997); I Am Not Afraid of a Perfect Stranger (New Providence Art and Antiques, 2009); and Negative Space (Popopstudios ICVA, 2011), Cox has exhibited and participated in exchanges in France, Italy, Germany, Hong Kong, the United States and the Caribbean. He has also been a part of many international exhibitions including Art Basel in Miami in 2003, 2004, 2005 and 2013; the IpaseProject in Italy in 2006; Funky Nassau in Weisbaden Germany in 2006; Wrestling With the Image in Washington, DC, in 2011; Master Artists of The Bahamas in Waterloo, Iowa, in 2011; and the Volta NY Art Fair in 2014 and 2018. 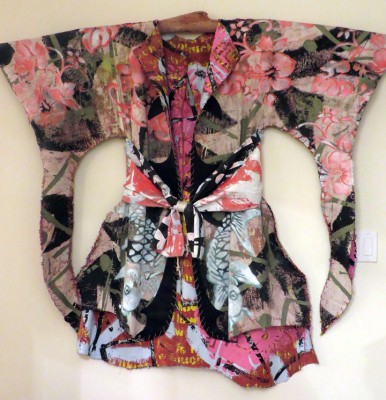 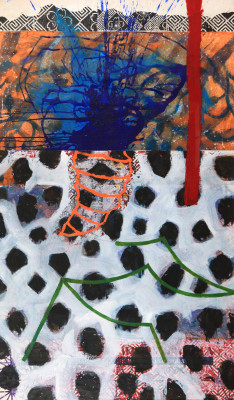 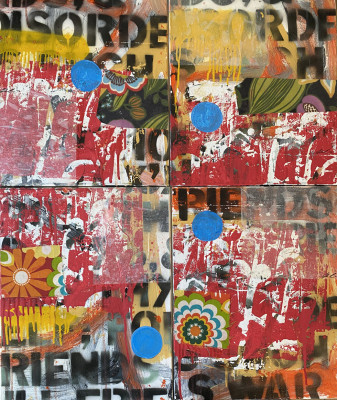