Margot Bethel (born 1965, Nassau, The Bahamas) creates functional and object-based work that is often interactive and involves a sound component. A carpenter and builder by trade, Bethel's understanding of material is evident in her meticulous craftsmanship. But, equally important is her considered interest in playfulness, myth-making and humor.

In her early twenties, Bethel worked at The Nassau Guardian as a reporter and shortly thereafter migrated to her mother's homeland, Canada. In Toronto, she worked with a number of artists and designers in furniture and retail design and in the film and television industry; she studied Permaculture at the Ecology Retreat Centre and more recently Architecture at Ryerson University.

After returning to The Bahamas, Bethel exhibited extensively. In 2011, Bethel's solo exhibition Departure at POPOPstudios ICVA featured a series of abstract paintings that described a tension between organic and industrial marks. In 2015, she exhibited a collaborative installation titled IF at The National Art Gallery of The Bahamas, which saw the central gallery transformed into her grandmother's living room, acting as both sculpture and backdrop to performance and written work.

In 2008, Bethel  founded The Hub, a gallery and educational centre in downtown Nassau, which was the driving force for performance and collaborative artwork in The Bahamas until 2012. The artist is one of the founding members of the Junkanoo scrap group, 'Sperit'; she hosted  the art-inspired radio talk show titled 'Making It', on Island FM 102.9 and taught the art of woodworking at POPOPstudios ICVA. She currently focuses on her trade and practice in Nassau, The Bahamas. 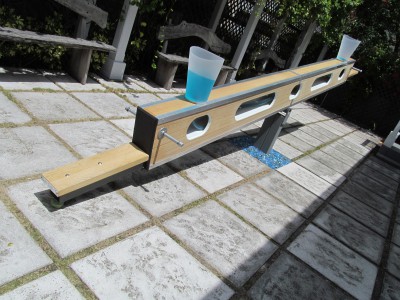